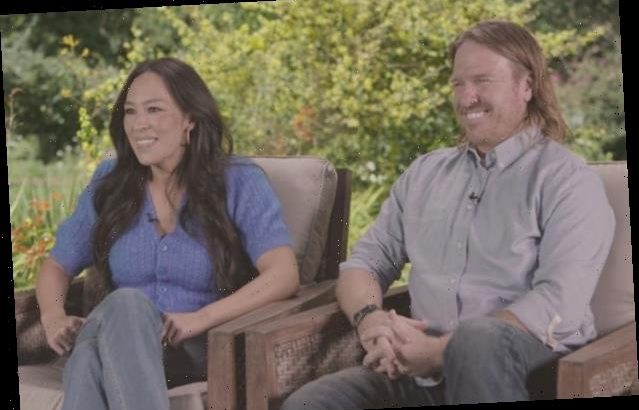 Chip and Joanna Gaines have explained several times at this point why they walked away from the original “Fixer Upper,” which at the time was HGTV’s favorite show. Now we know why they’re back via a partnership between Discovery, Inc. and their Magnolia — or more specifically, why they are back now.

While Chip and Jo are basically royalty (the Duke and Duchess of Waco) at this point, their upcoming interview with Oprah Winfrey is likely to make fewer headlines than the Harpo owner’s Sunday sitdown with Prince Harry and Meghan Markle did. Here on TheWrap, we’ve got room for it all.

In a preview clip from her upcoming “Super Soul” interview with the Gaineses, Oprah asked the first couple of farmhouse flipping why they returned to the television business after basically a 12-month hiatus. If you can believe it, the answer wasn’t just both Chip and Jo shouting “MONEY” in unison — they’re much more tactful than that.

“There were numerous things,” Joanna Gaines began. “On my side it was, when you’re filming for four or five years, you begin to lose the ‘why.’ It’s now just this thing of like we’re just showing up. I think towards the end we just lost steam, we lost the purpose of it. We wanted to wake up everyday and say this is why we’re doing this.”

“It almost felt like it was wagging our tail and it was controlling us,” she added.

Chip then said they each independently arrived at the one-year timeline away from TV, so that was pretty easy to agree on.

Watch the segment from Chip and Jo’s interview with Oprah via the video above.

Chip and Joanna Gaines’ Magnolia Network app will launch July 15 ahead of the January 2022 rebranding of Discovery, Inc. cable channel DIY Network into the Gaineses’ linear network. The digital offering will be a free add-on to the paid Discovery+ streaming service.

One of those “options within the app” will be a retail shop for Joanna Gaines’ Magnolia brand. The app will also include a recipe center and workshops for do-it-yourselfers. And oh yeah, and there will be the TV shows.

Chip and Jo’s interview with Oprah launches Saturday on Discovery+. The sitdown will also be available via the “Super Soul” podcast beginning Wednesday, March 17.