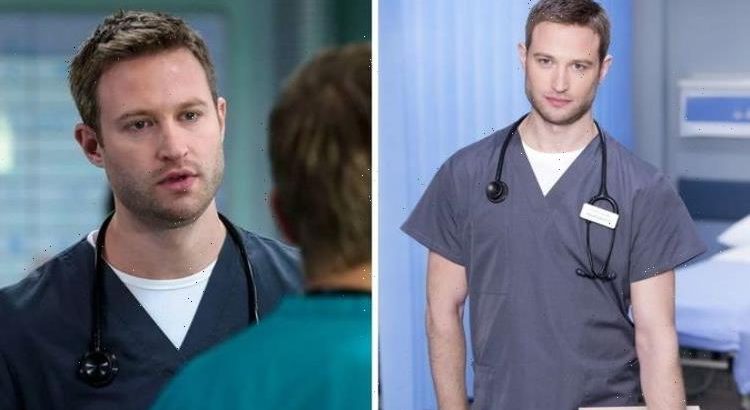 Casualty has been running on BBC One for over 30 years and in that time plenty of characters have left the series. One of the more recent departures from the show is Cal Hardy (played by Richard Winsor), who disappointed fans with his departure back in 2017. But why did the star decide to leave the show?

Cal Hardy’s exit from the series was one of the more dramatic departures in recent memory, with Richard Winsor leaving the show in 2017.

His character was killed off during a shocking twist which saw the doctor fight for his life during a knife attack.

He sacrificed himself in order to protect his brother, Ethan Hardy (George Rainsford), sealing his fate.

He was stabbed to death by Scott Ellison (Will Austin) who was seeking revenge on Ethan for prioritising Lily Chao’s (Crystal Yu) care.

This led to Scott’s dad passing away, sending him down a spiral of anger and vengeance.

Following Cal’s death, many fans wanted to know why Winsor made the decision to leave the series, with the star addressing the point in an interview with Digital Spy.

“I’ve had a wonderful time, but after three and a half years of doing great storylines,” Winsor explained, “I decided that I wanted to find new challenges and explore new places in the world.

“I wouldn’t have left if I hadn’t felt satisfied with my time on the show. I got some wonderful storylines over the years and I got to work with some amazing actors, but I was ready for different things.”

According to the actor, the producers of the series were initially reluctant to let him go, leading to a four-month extension on his contract.

“When I first told the producers that I was thinking of going, they said they didn’t want me to leave, and so we decided on a four month extension – which took me up to three and a half years on the show.

“Initially, that is obviously quite a shock because you a put a lot of work into developing the character to a strong point in the show.

“But after that initial protective instinct, I saw that it was great for a shock storyline, it works as a tool going forward for Ethan, and it means you can go out in a blaze of glory.”

Following his time on Casualty, star Winsor has gone on to star just one more television project, The Machines That Built America.

This is a documentary series covering crucial inventions such as the TV, phones, aeroplanes, and more.

Winsor played the role of Bill Boeing in the series; there are currently no other projects listed on his IMDb page.

Before Casualty, the star could be seen in Hollyoaks, playing the role of Father Frances during 2011.

Casualty is now on its 36th season, continuing to prove to be landmark television for BBC One.

Fans have been reacting to the most recent season on social media, with Ethan still proving to be the centre of all the drama on the show.

On Twitter, one fan wrote: “Why does #Casualty hate Ethan so much? Damn, let the boy be happy. and stop killing his loved ones.” (sic)

Another added: “Oh my god, so they’ve both died??? This is the actual worst thing ever #Casualty”

Casualty airs Saturdays at 8.45pm on BBC One.