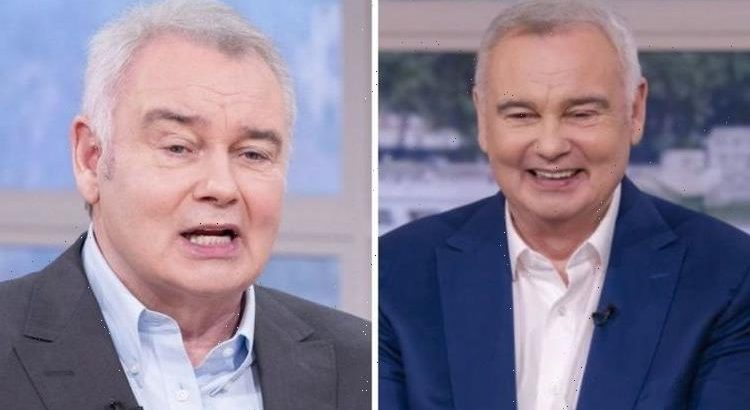 Eamonn Holmes has been a familiar face of ITV’s This Morning for 15 years, but that is about to change following the confirmation the veteran broadcaster is stepping down. The news has shocked viewers, leaving many wondering why Holmes has made the decision to exit the programme after so long. It appears the presenter is making the move from one network to another.

Why is Eamonn Holmes leaving This Morning?

Following the news Eamonn Holmes was leaving the programme last month, the presenter has clarified for viewers why he decided to leave his long-running job.

Holmes is moving to GB News and will be fronting one of its shows.

The network already boasts a long list of well-known presenters including Nigel Farage and Dan Wootton.

An unnamed source explained the situation to the Mirror, saying: “Eamonn’s move to GB News marks the end of an era.

“He’ll be missed by many ITV viewers but, the truth is, this job offer probably came at just the right moment for both him and ITV. All good things come to an end.”

Holmes released a statement following the reports, adding that he had long “admired” GB News.

Holmes explained: “I’ve admired GB News from the beginning for its clever mix of punchy debate but delivered with warmth and even some fun.

“I’ve spent my career on broadcasting firsts and start-ups, and GB News is one of the most exciting yet. It’s just the kind of shake-up the industry needs.”

It has not been confirmed if Ruth Langford will be joining Holmes in the move over to GB News.

Holmes’ decision comes after receiving criticism last year when he appeared to support conspiracy theories on This Morning, suggesting COVID-19 was linked to 5G phone masts.

However, the following day he distanced himself from the theories, stating that “every theory relating to such a connection has been proven to be false”.

Ofcom then ruled that his comments were “ill-judged,” and that they risked undermining viewers’ trust in public authorities.

A few months later, Holmes and Langford were dropped from their Friday slot on This Morning, being replaced by Dermot O’Leary and Alison Hammond.

Holmes will be joining GB News in early 2022, though no specific date has been set for his channel debut.

GB News has faced numerous challenges and criticisms since its launch earlier this year.

The channel had been plagued with technical issues and controversial comments.

It has also struggled to maintain a dedicated viewership, with the channel attracting zero viewers during some of its broadcasts back in June.

Despite the staggered start, the channel has pushed through its faults, and still kicks off daily at 6am with The Great British Breakfast.

However, it recently suffered another blow after chairman and co-founder Andrew Neil made the decision to leave the news broadcaster.

Speaking at the Freeview Outside The Box conference last month, Neil described it as the “single biggest mistake of my career”.

He added it was “haunted by the shambles of the launch,” also suggesting it didn’t have a long future, saying it would “slide into irrelevance and obscurity”.