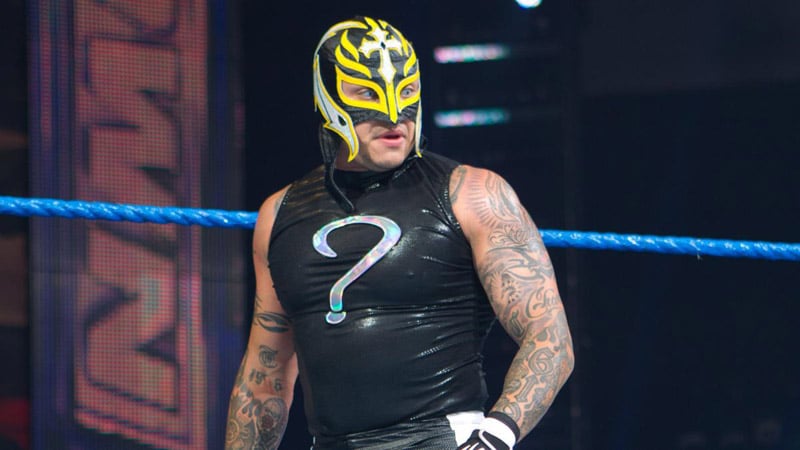 As we reported last month, Rey Mysterio has finally signed a deal to make his official return to the WWE and we finally know when he will make his first appearance back with the company.

According to the WWE, Mysterio will officially make his WWE return at SmackDown 1000 on Oct. 16, meaning we are only just over one week away from the return of Rey.

Not only is Rey Mysterio going to be at SmackDown 1000, but Batista will also be there and is also supposed to start a new run with the WWE that will lead to WrestleMania next year.

While Batista will be part of an Evolution reunion, fans will likely see him against Triple H this time around when his run actually starts.

As for Rey Mysterio, his deal is for two years, with a chance to give his notice after 18 months. That means that he will be around likely until after SummerSlam 2020 and will get a chance for two more WrestleMania appearances.

At the age of 43, that will put Rey Mysterio at 45, just two months before his 46th birthday when his new WWE contract comes to an end.

This will also be the third appearance for Rey Mysterio this year in the WWE. He made a surprise appearance at the Royal Rumble and was one of the final six men in the ring. He then returned for the Greatest Royal Rumble in Saudi Arabia.

His return now will be just in time for the second WWE show in Saudi Arabia as well.

Mysterio also recently competed in the main event of All-In in Chicago.