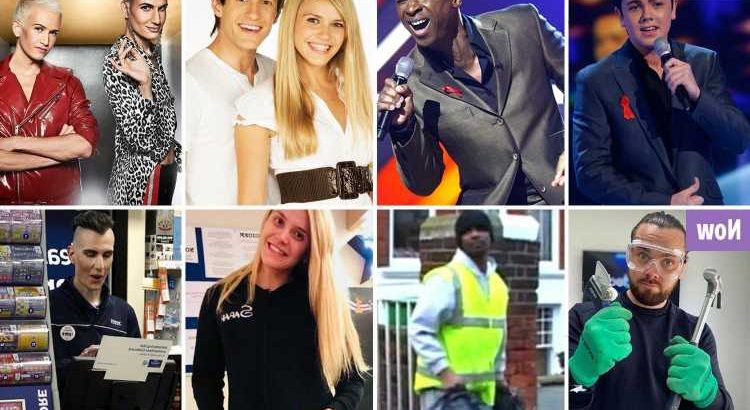 THERE have been many iconic X Factor contestants throughout the show’s 17 years on TV.

Simon Cowell’s show – which has been axed after 17 years – excited us with a string of talented newcomers — including One Direction, Little Mix and Stacey Solomon. 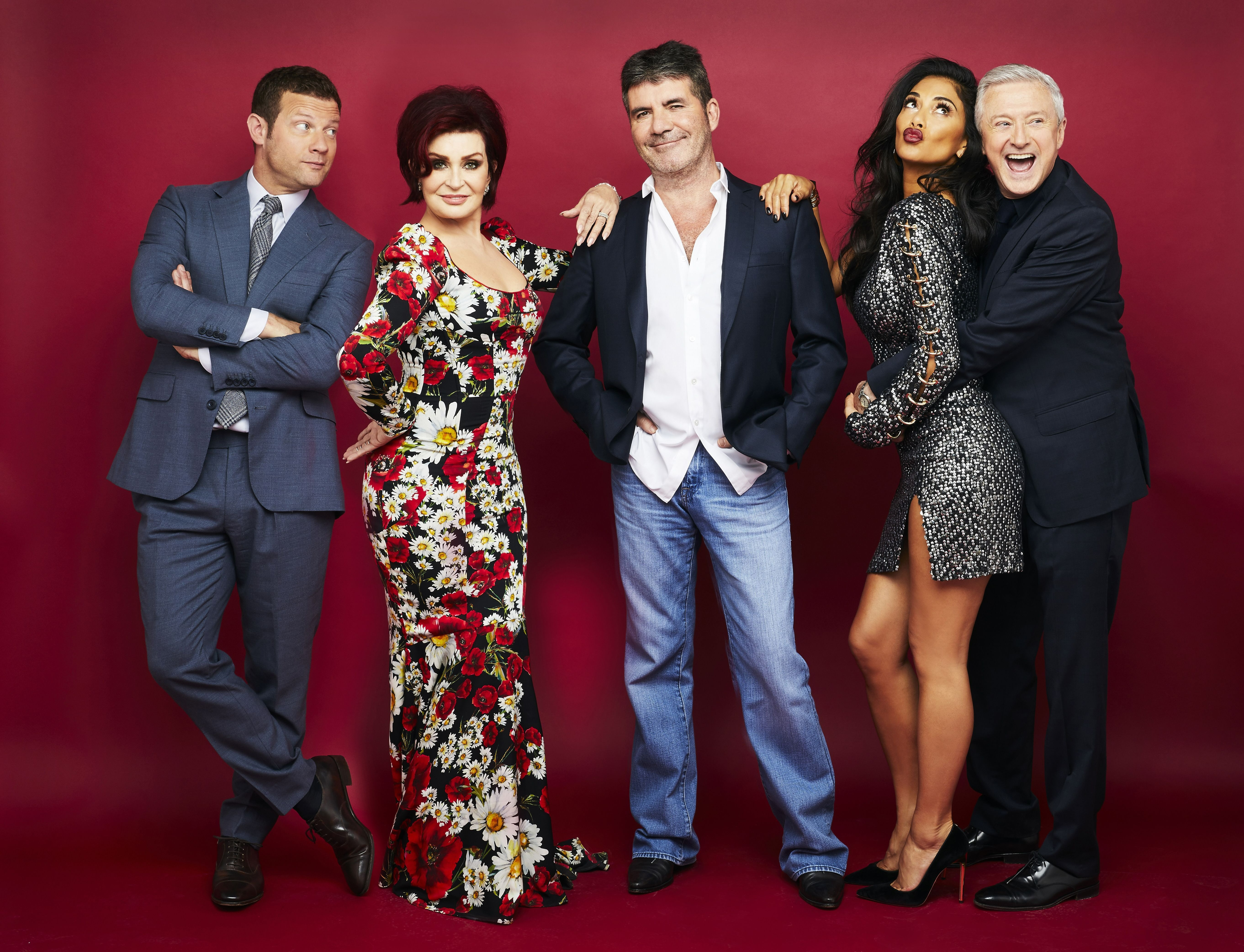 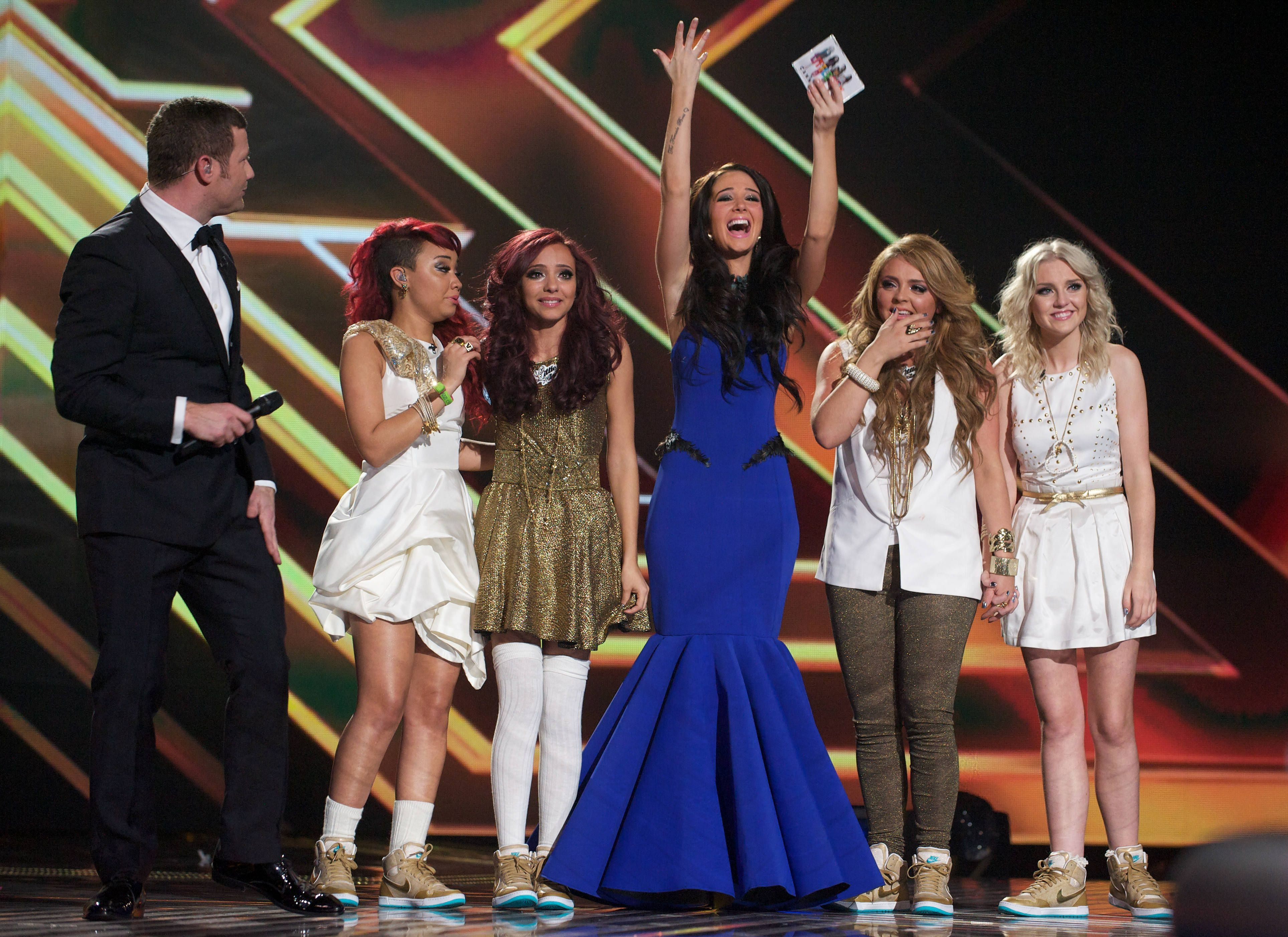 But many of the talent competition’s contestants disappeared back into obscurity after singing every week for our votes.

In fact, a lot of the stars had to return to their day jobs, even after using their newfound fame to go on other reality shows including Dancing On Ice and Celebrity Big Brother.

From Katie Waissel to Same Difference, we take a look at the former X Factor stars who are now working in very ordinary jobs… 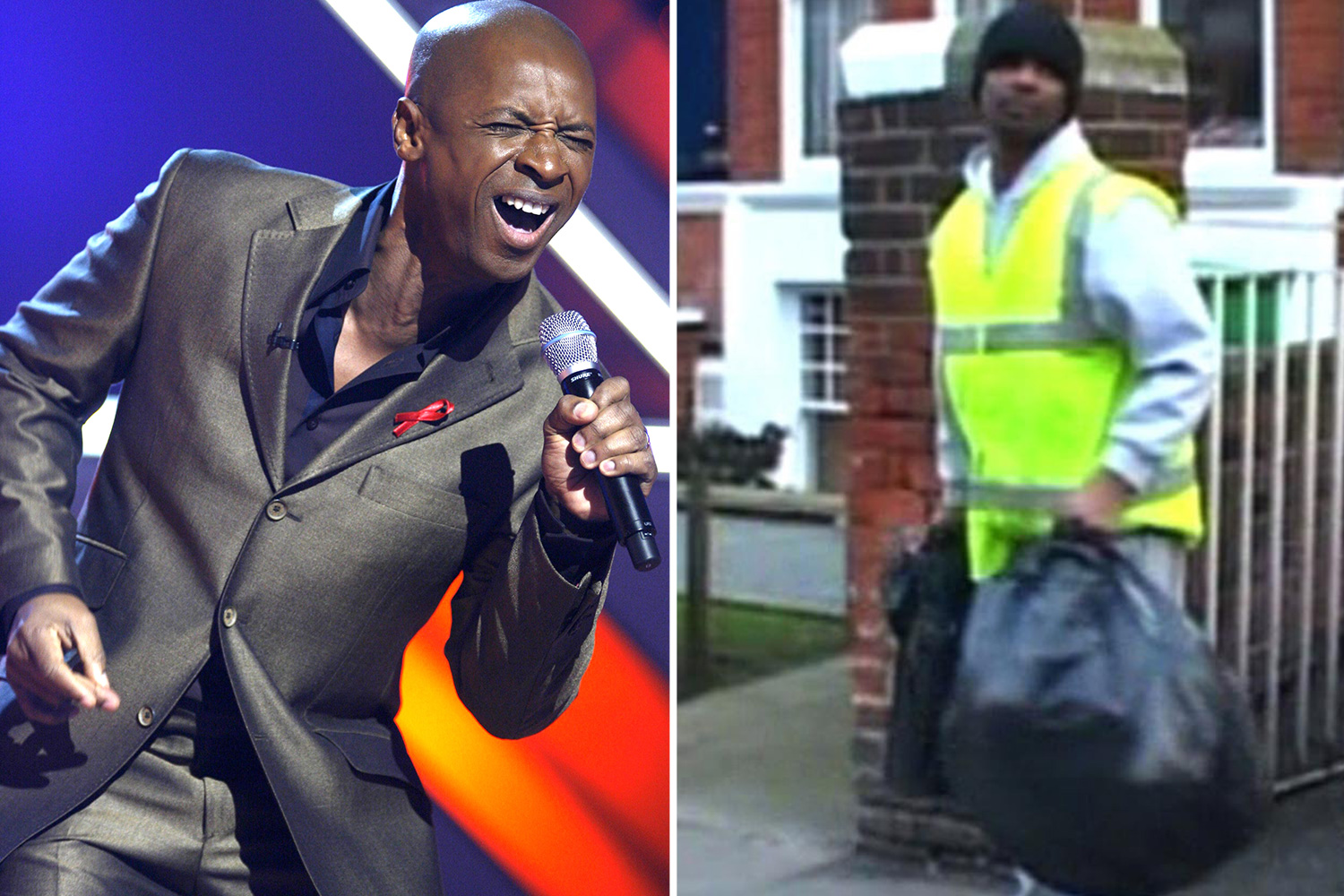 Andy Abraham was runner-up to Shayne Ward in 2005 and was affectionately nicknamed the Singing Binman by the public, due to his day job.

Following his stint on The X Factor, he signed a record deal with Sony and released four albums, with his first reaching number two on the UK charts.

Andy was dropped from his label and declared bankrupt in 2012.

He was performing in pantomimes and working as an event singer up until last year when the pandemic hit, and he decided to go back to working as a binman.

"I'm literally singing out there as I was during the X Factor show. I'm back to being the official singing binman, which is kind of cool," he told Metro.

"I'm just enjoying keeping my feet on the ground." 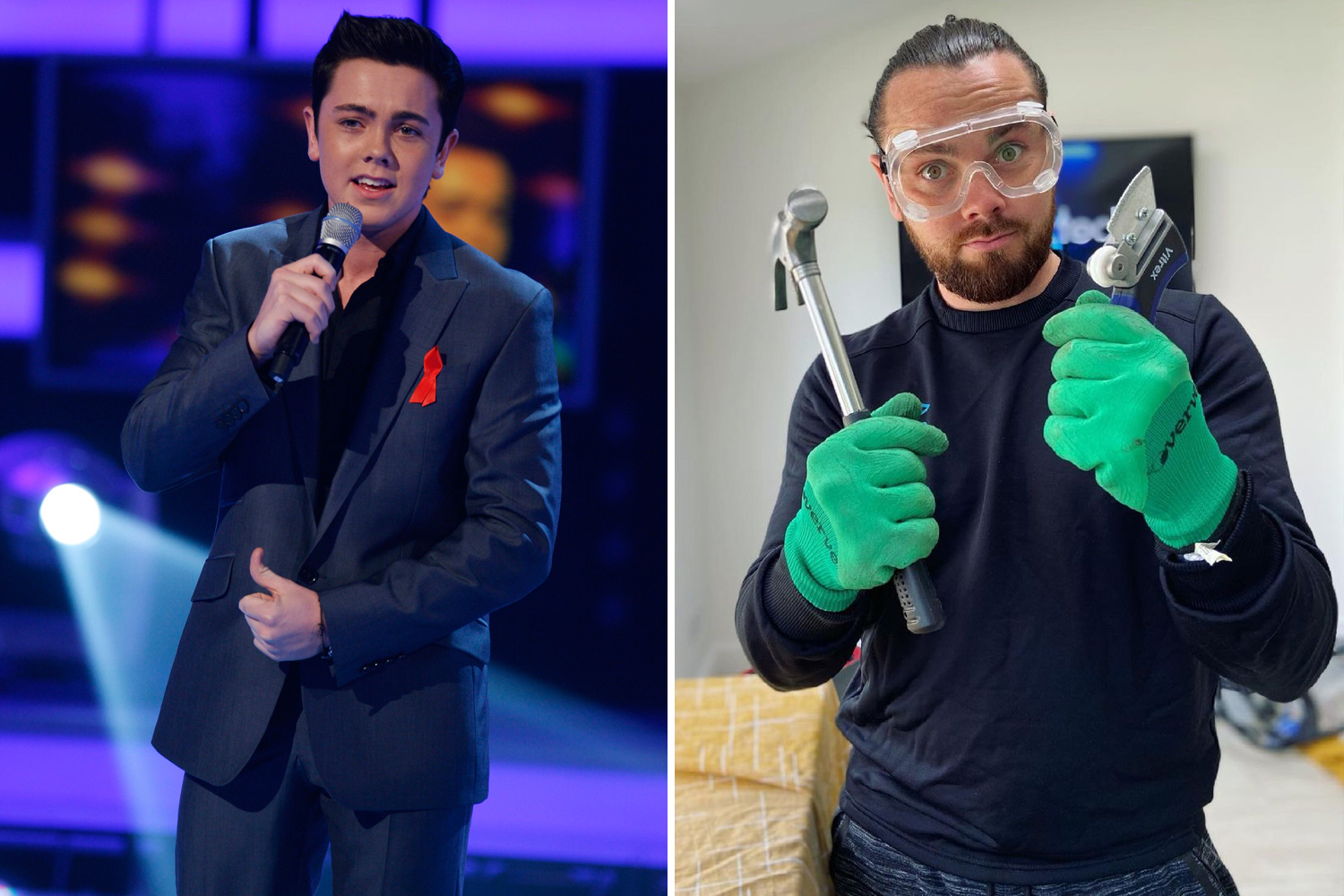 After finishing as a runner-up to Leona Lewis in the 2006 series, Ray Quinn went on to have great success.

He won ITV’s Dancing on Ice in 2009 and the All Stars series in 2014, and he even had a three-year stint on Hollyoaks.

But, when the pandemic hit last year, Ray was in a play at Liverpool’s Royal Court, which was cancelled, and all his work dried up.

Ray decided to join his brothers Robin and Darren in their carpet fitting business instead.

He told the Mirror: “I’ve been recognised the odd time but not that often ­because of social distancing and masks. Everyone has been really lovely.”

Before starting work with his brothers, Ray became a Hermes delivery driver after he discovered he was not entitled to any government support.

However, Ray only stuck with the job for three months, as he found it overwhelming delivering 150 parcels a day. 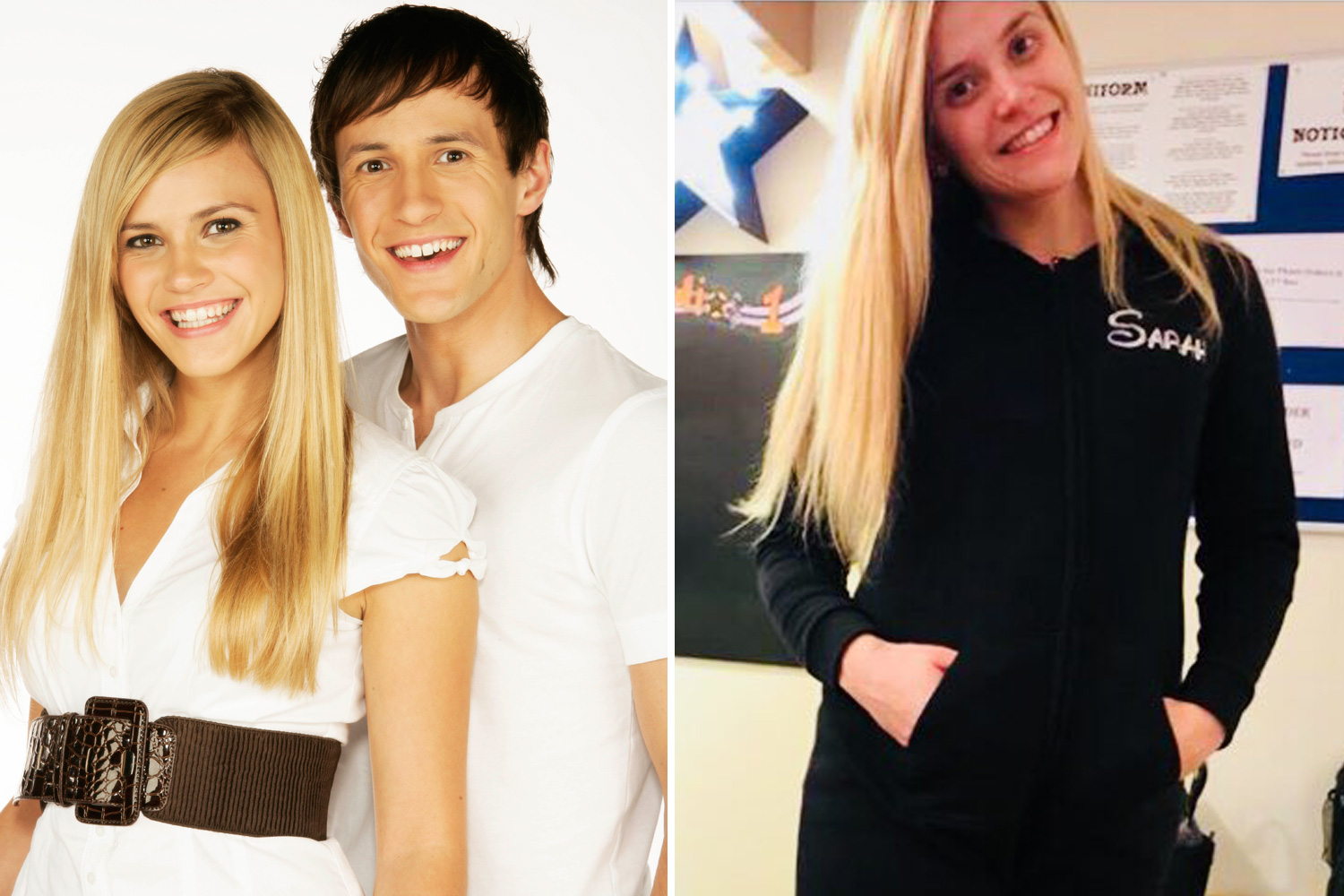 Back in 2007, siblings Sarah and Sean Smith – AKA Same Difference – sang their way into the X Factor finals.

The saccharine brother and sister duo finished third behind Leon Jackson and Opera nut Rhydian Roberts on the show and landed a deal with Syco.

They released a debut single We R One in 2008, but a year later were dropped after poor sales were blamed on the closure of Woolworths.

The pair went on to set up the Same Difference Pop Academy in 2016, offering courses in their hometown of Portsmouth and in Haven holiday camps in the school holidays. 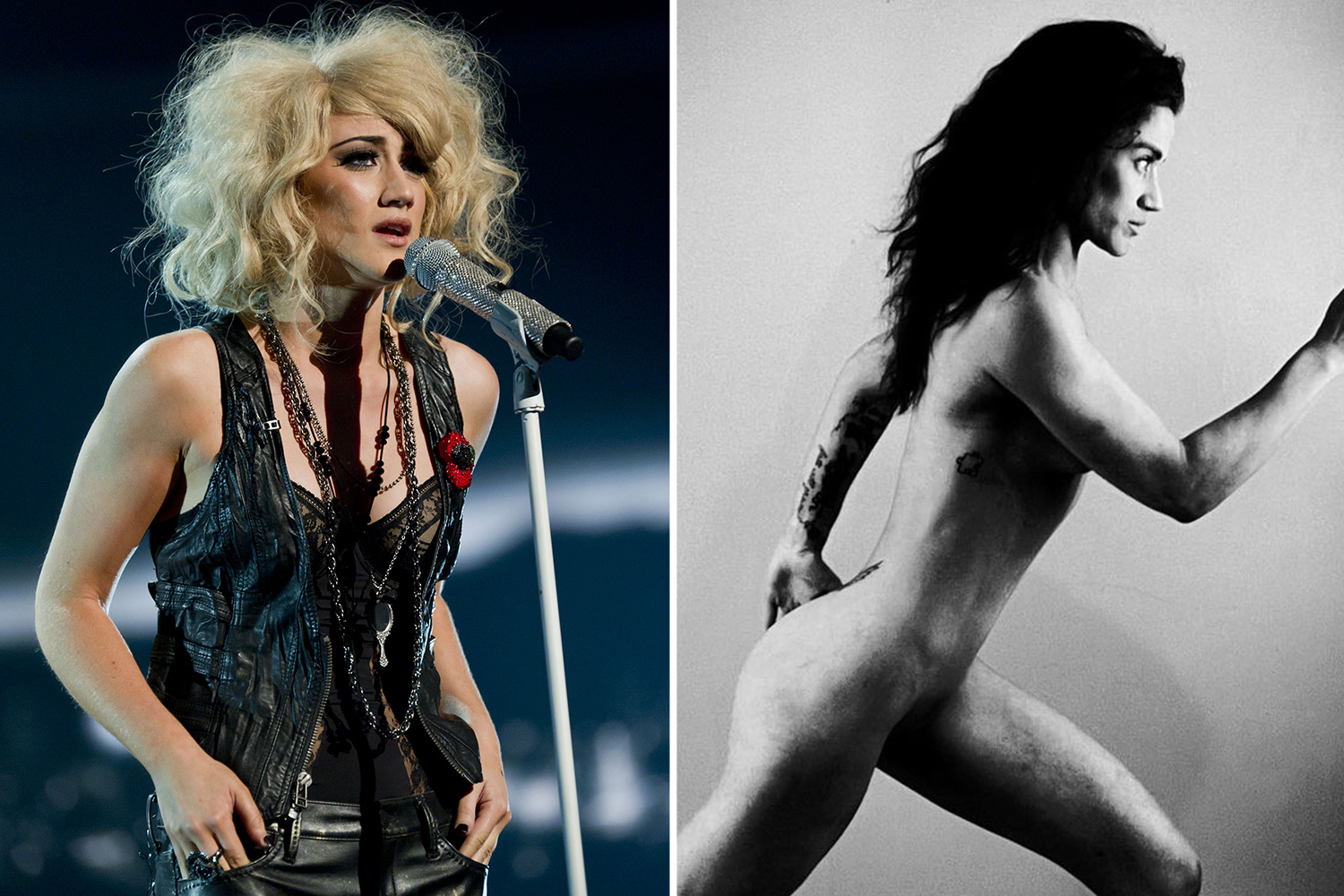 Despite only finishing in 7th place, Katie Waissel was one of the standout stars from the 2010 series.

The former receptionist and waitress later appeared in the 2016 series of Celebrity Big Brother, and was seen in the fourth series of American reality show Vanderpump Rules in her role as an office manager of a tattoo removal company in Los Angeles.

But now she works as a health and fitness specialist and mental health campaigner in LA, having undergone  a remarkable body transformation that saw her shed 2st and hone a six-pack that would put J-Lo to shame.

“Getting fit for me has been life-changing and now I want to help others, too,” she told The Sun. 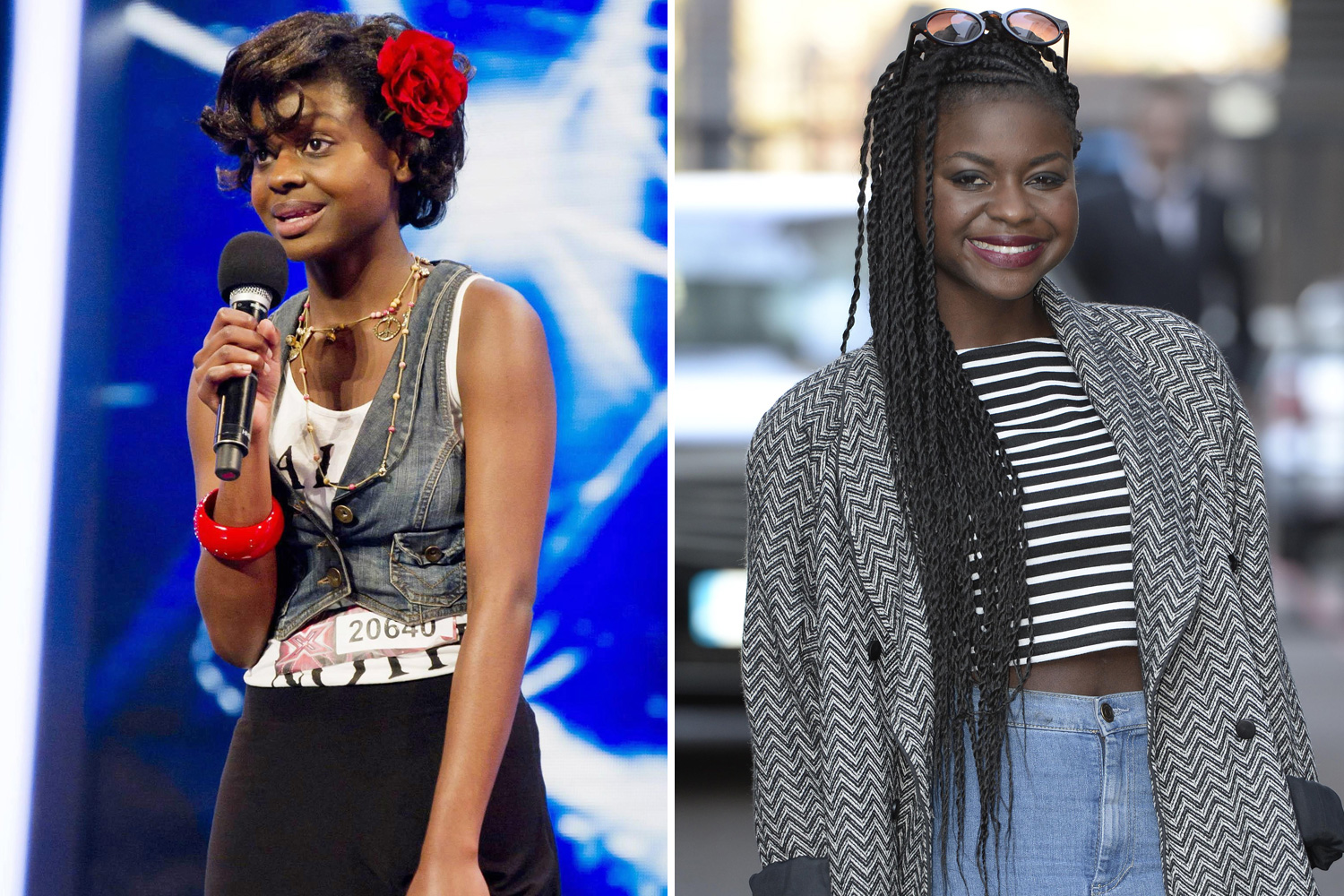 Gamu appeared on the 2010 series of X Factor with Katie, but was kicked out of the show in favour of Cher Lloyd by Cheryl – which many saw as a complete injustice, due to the fact Cher forgot her words at Judges’ Houses.

At around the same time Gamu – who was 18 at the time – faced a public battle to stay in the country as she risked being deported back to Zimbabwe.

Back in 2016, she was working as a stylist in Topshop. 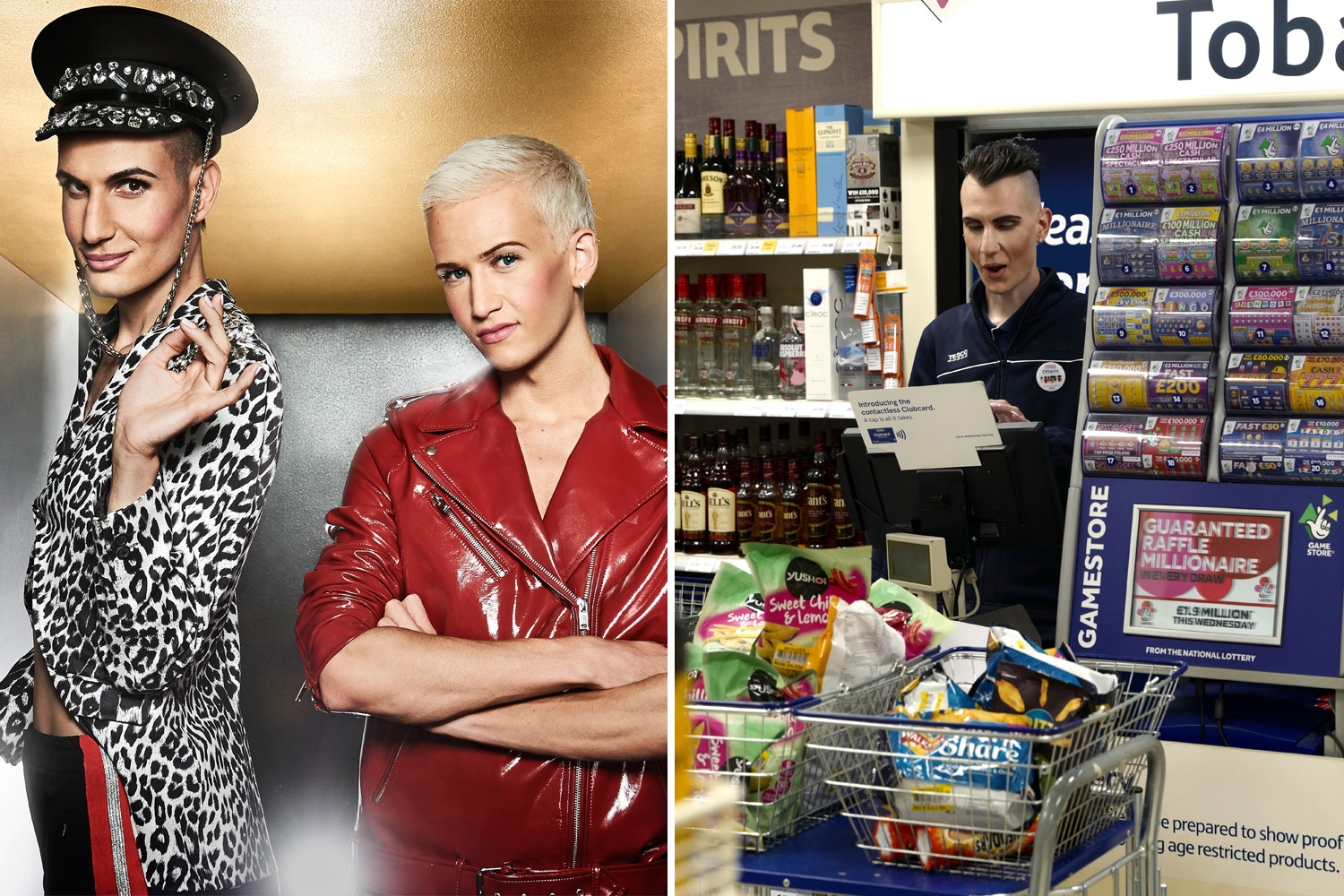 Bratavio was a two-piece band made up of Octavio Columbro and Bradley Hunt who auditioned for the show in 2016.

They auditioned separately after a row “about undercooked chicken” but the judges said they’d work better together.

They made it through to the live shows where they were the first act to be voted off the show that Matt Terry won that year.

In 2019, Octavio transitioned from male to female and changed her name to Miss Octavia Donata Columbro.

She now lives a life out of the limelight and has worked as a sales advisor in Superdrug, and most recently seen working in a newsagent. 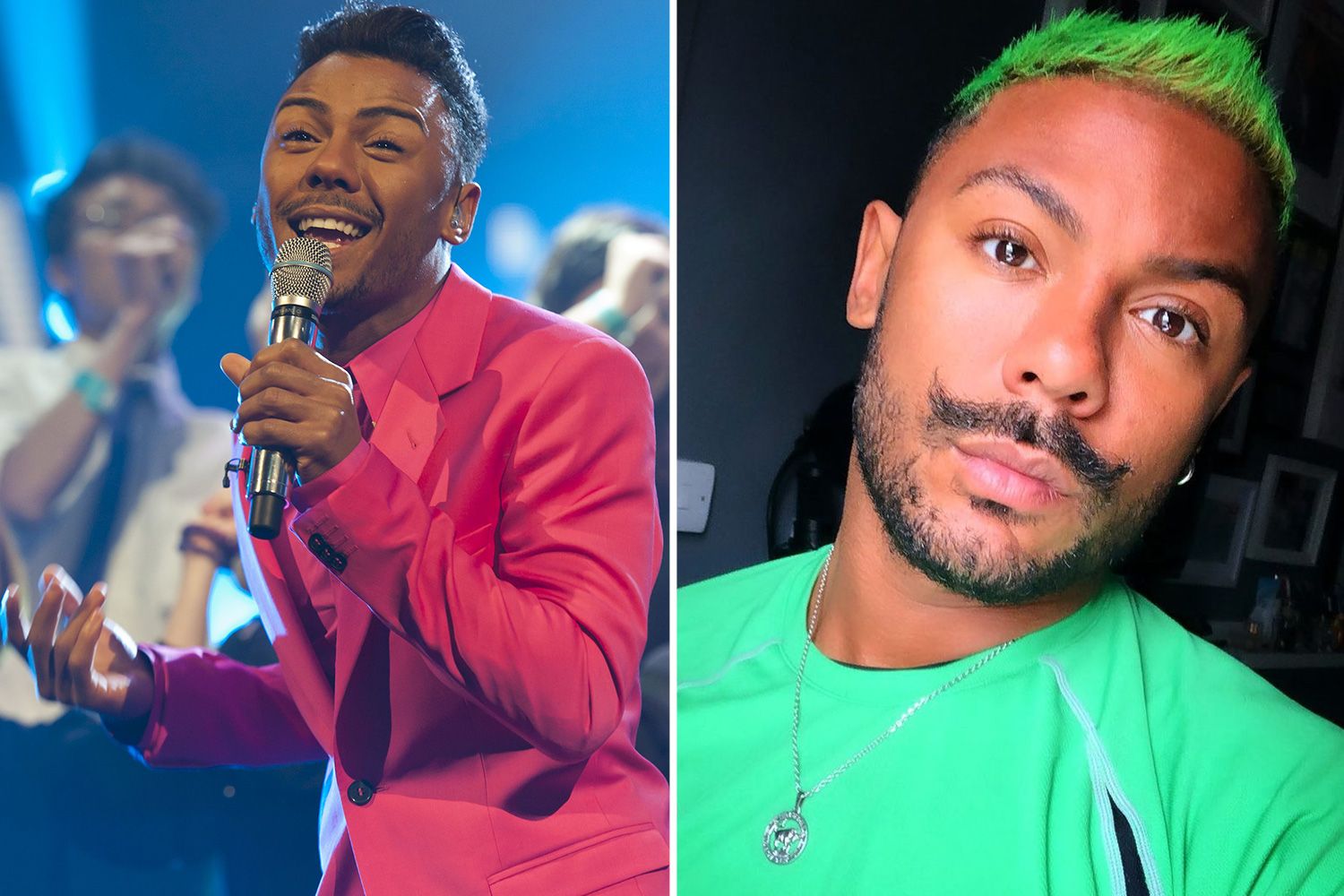 Marcus Collins came second to Little Mix in the 2011 series of X Factor.

He went on to star in many musicals, including Kinky Boots, and the UK tour of Hairspray.

But now, he’s shown just how many strings there are to his bow and moved into a very different career.

According to his social media, he’s a property sales negotiator and also a wigmaker and session hair stylist. 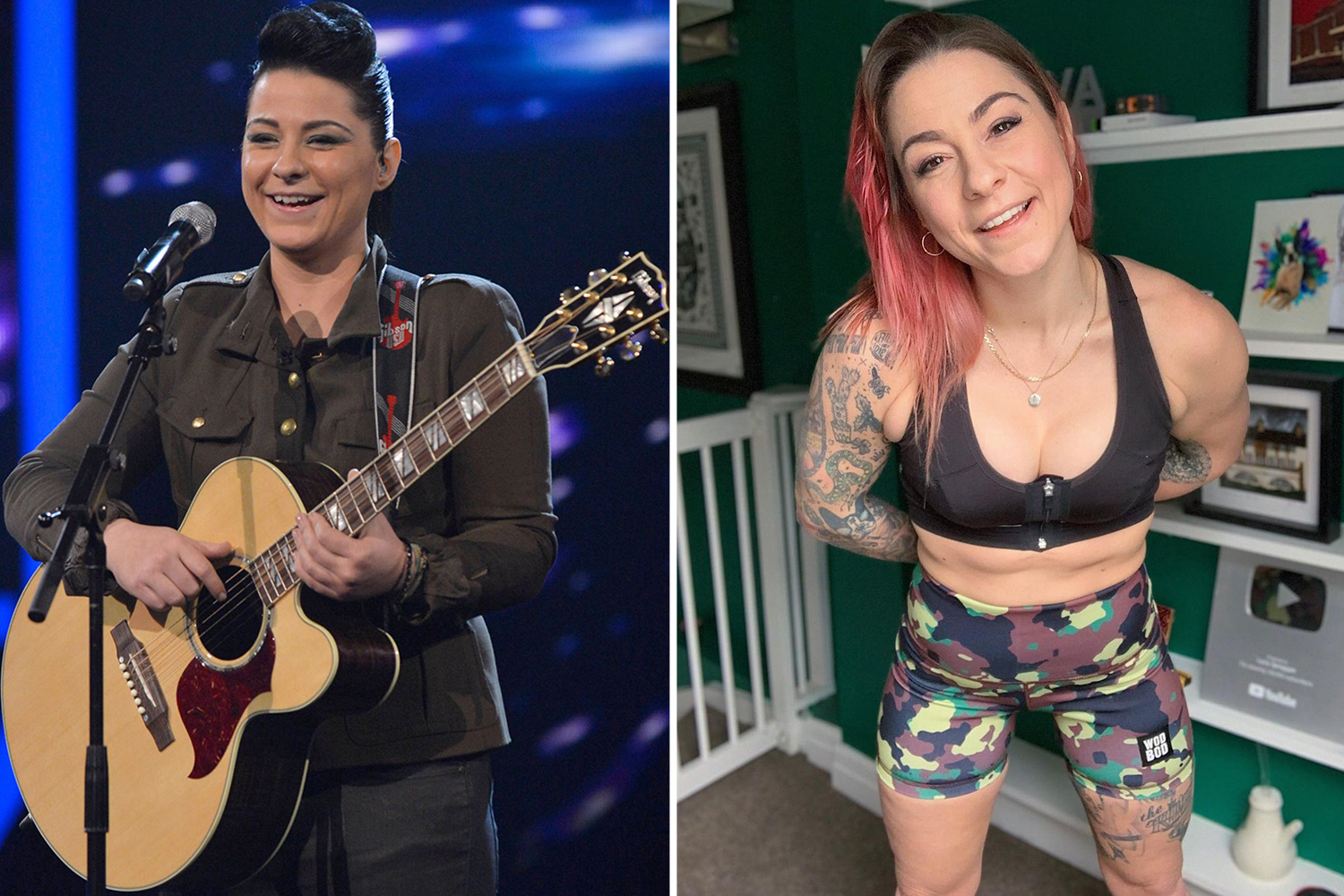 Lucy Spraggan found fame on The X Factor in 2012 – the year that James Arthur won.

And, while she’s still making music, she’s also launched her own personal training platform Fully Rewired – charging £10 a month – after losing an impressive three and a half stone.

Announcing the app last year, she said: “I’ve taken all the good and the bad of my experience so far, combined it with the knowledge of professional PTs and nutritionists, and created this program.

"It is NOT a quick fix or focussed on weight-loss. It is focused on YOUR goals, whether that’s to be fitter, faster, happier, thinner, bigger, leaner or just for something to do! It’s all you.” 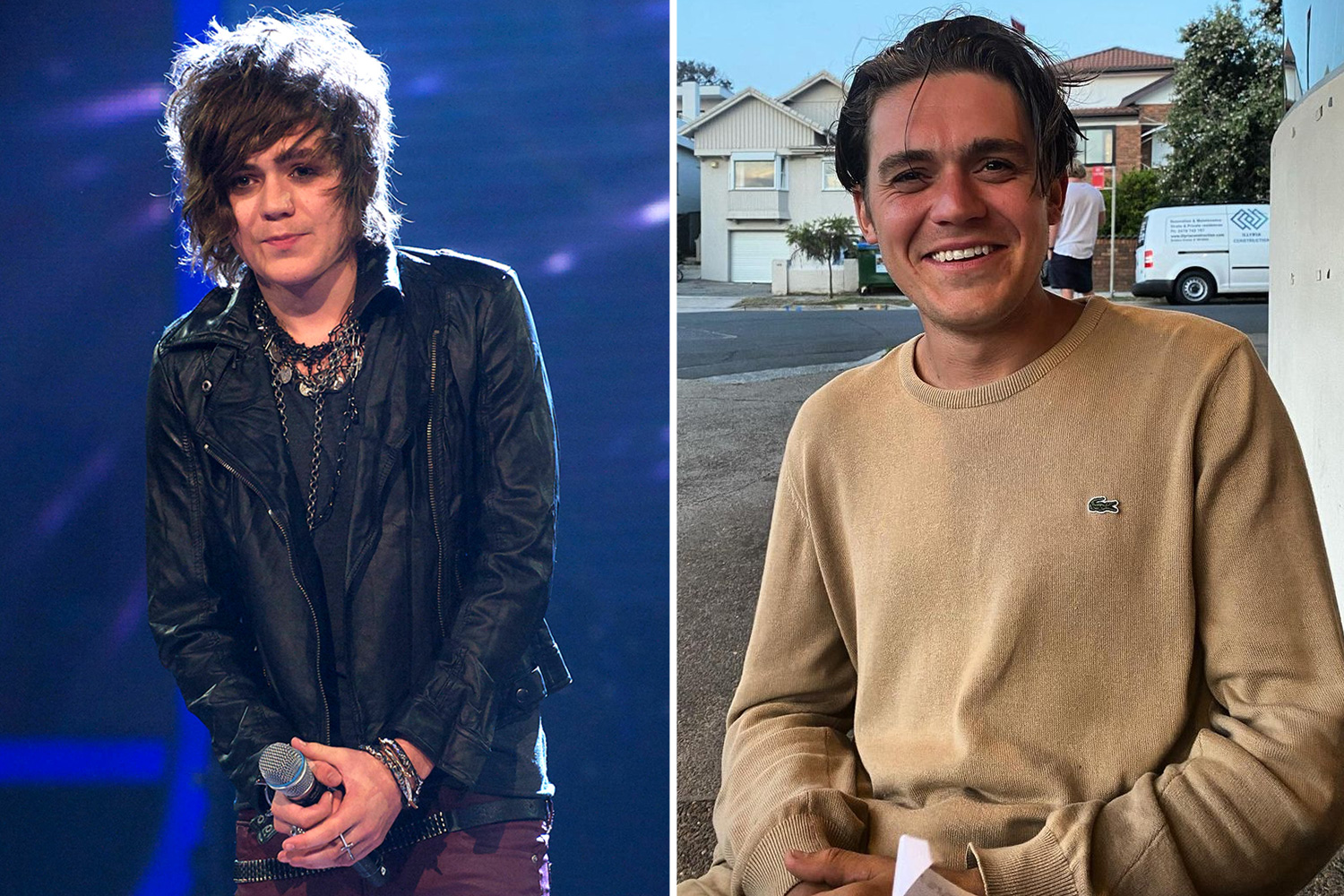 Frankie Cocozza was probably one of the X Factor’s most controversial contestants of all time.

He was kicked off the show in 2011 for “boasting about taking cocaine”.

He was on Celebrity Big Brother the following year, but, in 2017, he revealed he earns £7.50 an hour working as a builder after blowing his fortune.

Frankie, who now lives in Australia with his wife and two-year-old son, revealed: "Now I love being on the building site. I get so much grief, but it's a crease up.

“I knock up pug for the plasterers. It's fun. It gives me a reason to get up in the morning." 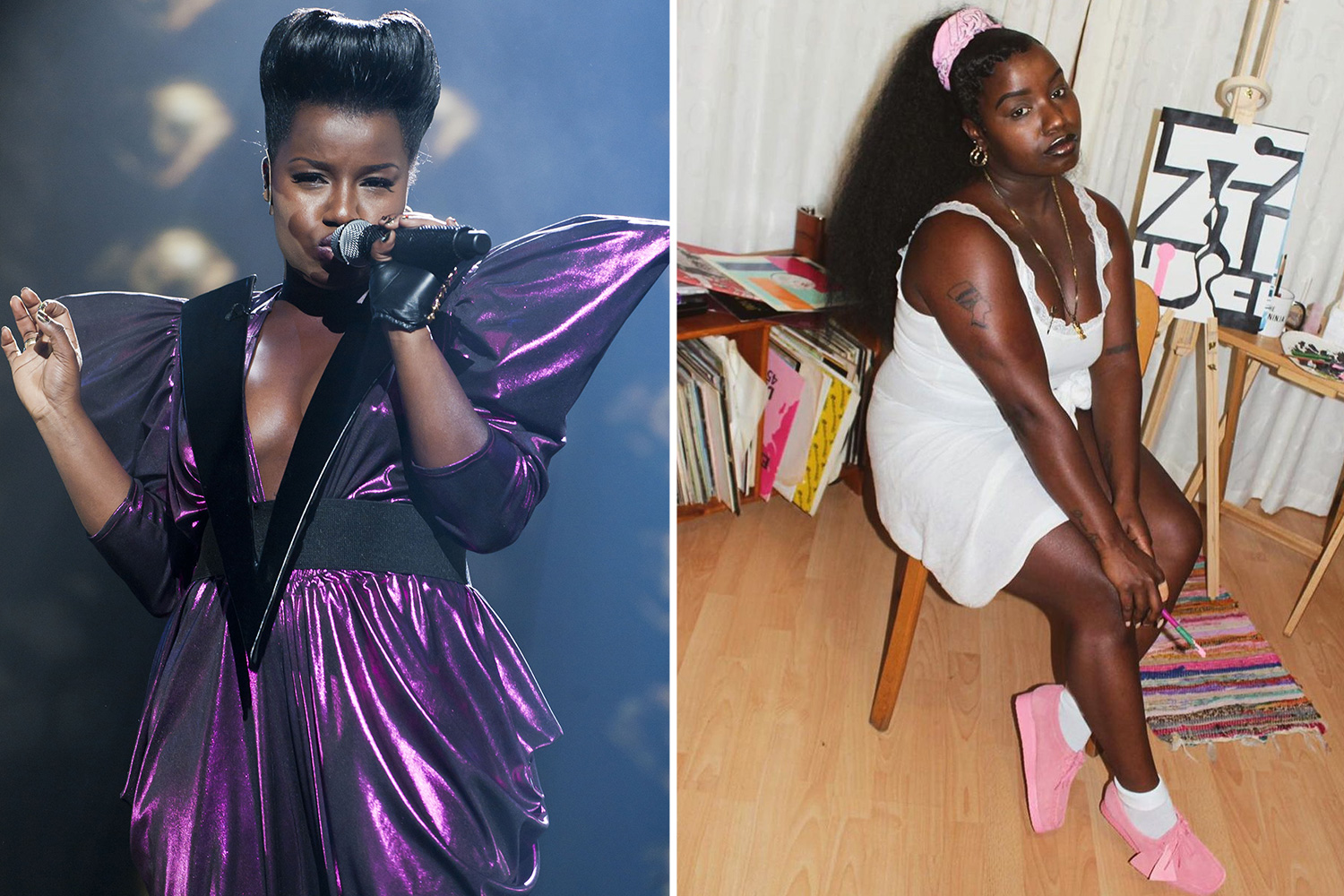 Misha B was favourite to win the X Factor in 2011, but Little Mix were eventually victorious and she came fourth.

After the X Factor, her debut single Home Run went to number 11 in the charts – and she still makes music.

However, Misha now focuses more on her painting, and has an Instagram page dedicated to her art, Made.By.Misha, on which she shares her work and takes commissions.

It’s good to see these X Factor stars kept their feet on the ground.