X Factor’s latest elimination Misunderstood have said that the absence of their mentor Robbie Williams made a “difference” before the duo exited the show.

Robbie had to miss the show due to his touring commitments, however he was replaced by Nile Rodgers as a judge for last weekend’s show. 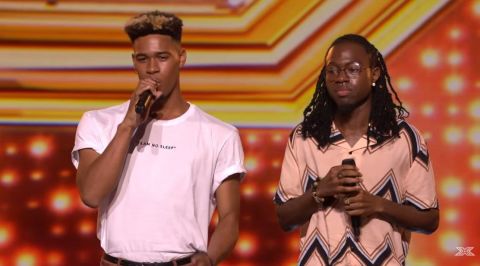 Speaking to The Sun, Stephan said: “It was a difference. Robbie Williams in itself as an entity, he is such a big character.

“So of course if you go somewhere and that person is not there anymore the energy is going to be different.”

“But Nile [Rodgers, who stepped into replace Robbie] came ready, and was such a pleasure to work with.” 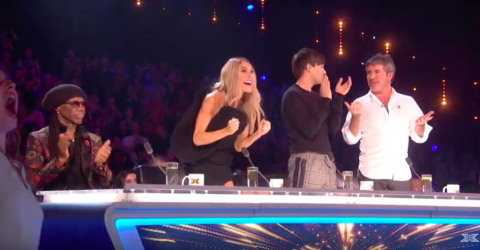 Stephan said: “Obviously we were bummed out about it because were working so hard and the fans were incredible. But it teaches you never to be complacent.”

They went on to explain that Robbie was “shocked” about the guys leaving, and spoke to them on Skype to apologise for not being there.

Stephan added: “But he also knows that we understand that this is the music industry, this is what happens, he has to go on tour. Him not being here wasn’t the reason we went home.”

The boys added that they have a gig booked at G-A-Y in London, and plan to to meet up with Robbie in the future to “move forward”.

Elsewhere on The X Factor fans were left furious when Simon Cowell voted to send home Giovanni Spano, after he competed in a sing-off performance of Robbie’s track ‘Let Me Entertain You’ against Acacia and Aaliyah.

The music mogul has also opened up about why his company Syco has parted ways with former X Factor superstars Little Mix.

The X Factor continues this Saturday (November 17) on ITV.