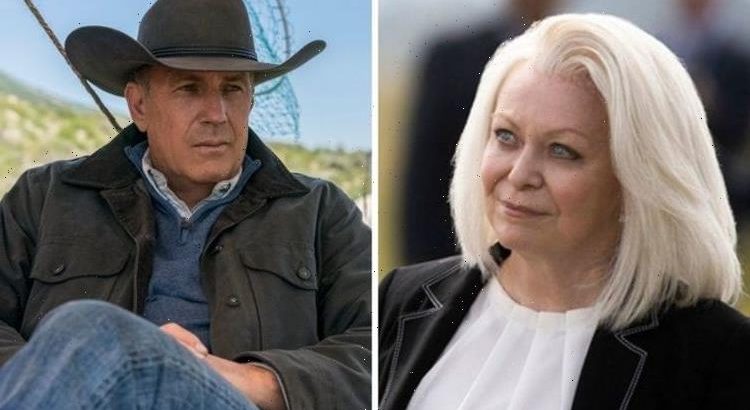 After a jaw-dropping season three finale, Yellowstone will soon be returning to Paramount Network with its highly-anticipated fourth instalment. However, the Dutton Ranch may no longer have a future after Caroline Warner’s (played by Jacki Weaver) makes an appearance and the plans for the land become exposed.

As fans continue to patiently await the new season, the show treated them with a clip introducing the newest faces in Yellowstone.

While many of the main cast will be returning, a stern Caroline Warner will make an appearance to “straighten things up.”

As the CEO of the biggest investment company in the world, she is the latest person looking to acquire the Duttons sacred ranch.

Things are set to heat up this season, as her company also employs Roake Morris (Josh Holloway) who previously tried to take the Dutton ranch.

It’s safe to say trying to save the Dutton ranch could be the family’s toughest battle yet.

The Montana ranch has been in the family for over six generations but as the largest contiguous ranch in the US, it gained tons of attention – both good and bad.

Fans have watched as the last three seasons the family have gone up against the Beck brothers and Roarke Morris.

Although the Duttons typically came out on top, their luck could be about to change with Caroline’s arrival.

The Ranch has already been under attack by its border, which consists of land developers, an Indian reservation and the United State’s first-ever national park.

Season three even saw Dan Jenkins (Danny Huston) and Chief Thomas Rainwater (Gil Birmingham) become rivals as they tried to build a casino and a hotel on the land.

Patriarch John Dutton (Kevin Costner) even turned down a $500 million offer to sell the land to Market Equities.

In the Youtube video, Caroline was described as “a force of nature” by Thomas Rainwater star, who added, “Caroline has resources to rarely undermine anything we have tried to do so it does have us concerned.”

Elsewhere in the clip, viewers were shown a scene of the CEO walking across the land as she uttered to herself: “I cannot wait to pave this place over.”

The actress opened up about her own character and revealed: “She’s gonna shake them up, we’re gonna have some fireworks soon.”

With potentially the toughest battle ahead of them, the Dutton family will have to stick together in order to come out on top.

It’s safe to say viewers are in for an explosive season, with Caroline’s arrival which could not come at the worst possible time.

At the end of season three, the Dutton family were targeted with the fate of Beth Dutton (Kelly Reilly), John and Kayce Dutton (Luke Grimes) still unknown.

John was shot after he stopped to help a woman with a broken-down car, while Beth was sent an explosive which was so powerful it blew out the car windows on the street of her office.

Elsewhere Kayce hid under his desk as gunmen swarmed into his office firing shots at him.

As these targeted attacks happened on the same day many fans wondered if it had to do with the highly sought after Dutton ranch.

Yellowstone season 4 premieres on Paramount Network in the USA on Sunday, November 7. A UK release date is yet to be announced.