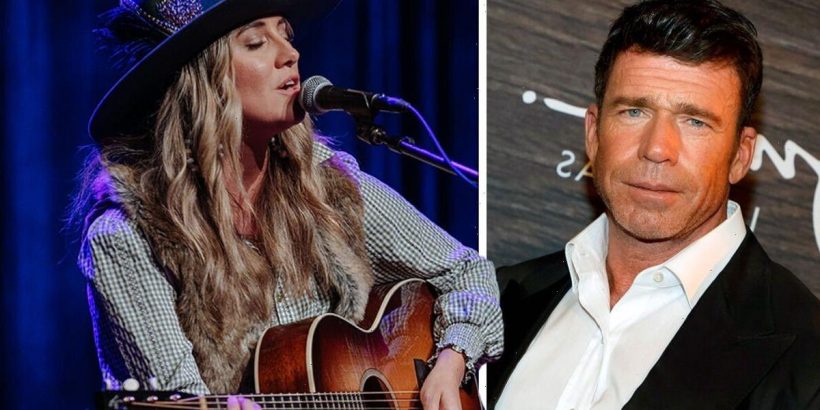 Lainey Wilson on fans finding her songs through Yellowstone

Yellowstone fans can tune in to The Paramount Network on November 13 for the new season of the hit Western melodrama. The Dutton family will continue to protect their ranch from enemies old and new, with some new faces having been welcomed on set. Singer Lainey Wilson spoke to Express.co.uk about the call she got from Taylor Sheridan asking her to be part of the team.

Yellowstone season five will see John Dutton (played by Kevin Costner) be sworn in as governor of Montana in his latest bid to protect his family’s ranch.

After sidestepping his son Jamie (Wes Bentley), he may start to wonder whether he has bitten off more than he can chew this time.

The new season will see all of the fan-favourites return, including some new characters, such as Lainey Wilson’s Abby.

The recurring character was created by Taylor Sheridan specifically with the ACM New Female Artist of the Year in mind.

Lainey, from Louisiana, will perform new original music written and recorded both for the show, and from her own albums.

Speaking exclusively to Express.co.uk about how she got the role, she said: “It’s so huge, they have put three of my songs in the show so far and it really just introduced my music to a crowd of people who might not listen to the radio or might not have streaming services.

“A lot of people come to my shows and they say ‘I found you through Yellowstone’, it’s just absolutely insane.

“So back in February, Taylor Sheridan called me and said ‘Hey, I really want to create a character specifically for you and you can wear what you wear, you can sing your songs and maybe write some for the show’.

“It’s just a huge opportunity, I don’t take it lightly. It’s something brand spanking new to me.

“I have done little things here and there, creating character skits on my own, but I have never done anything like this.”

The star said she had always made a promise to herself that if a door opened where she could share her music with the world, she “was going to run through it”.

This is not the first time her music has appeared on the show, as has been featured three times over the course of the series and she was selected to do an exclusive performance in partnership with the show and Fritos during the commercial breaks during the season four finale.

However, this is the first time she will be in front of the camera in an acting role, and she was excited for people to see her coming out of her comfort zone.

She added: “I feel like a lot of people have only ever seen me on stage, I’m going to be watching myself for the first time with them so we are all going to be judging.

“The thought of it is strange but I sort of feel like when I’m watching it, I’m such a fan of the show I don’t know if it’s really going to click that it’s me. I feel like I’m just so tuned in.”

The album features elements of ‘70s Rock, Funk and Soul but remains Country to the core.

While just as authentic as her previous work, Bell Bottom Country displays Lainey’s immeasurable growth as a person, artist and songwriter.

“I’ve lived quite a bit of life the past few years, and I have a lot more to say,” she said. “Sure, I love a good pair of bell bottoms, but Bell Bottom Country to me has always been about the flare and what makes someone unique — I have really embraced mine, and I hope y’all can hear that across this project.”

The star said singing will remain her number one priority in life, but she would be open to exploring more acting roles in the future.

She said: “I have really enjoyed [acting], I would love to do it more if it gives me an opportunity to share more of my music.

“Songwriting will always be my number one because that’s where it started for me, I wrote my very first song at nine years old.

“No matter what, that’s going to be my priority, but I really love being creative in general whatever that means.

“I’m excited to step outside my comfort zone because every time I do, something magical happens.”

Yellowstone season 5 airs on The Paramount Network on November 13, fans in the UK can watch on Paramount Plus the following day.