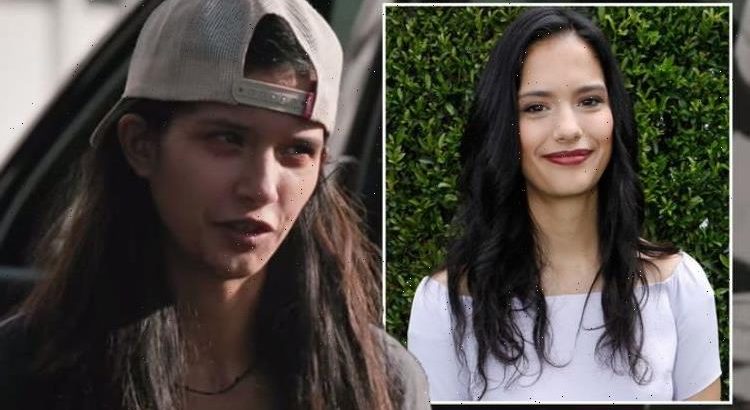 Avery (played by Tanaya Beatty) quickly cemented herself as one of the most popular characters in Yellowstone after her introduction towards the end of season one. The hardened and confident Avery took the bunkhouse by surprise when she became the only female ranch hand, but quickly proved her worth to John Dutton (Kevin Costner) and Rip (Cole Hauser) after they took a chance on the exotic dancer. However, with a romance with fellow rancher Jimmy (Jefferson White) seemingly in the offing, Avery abruptly left the Paramount drama without a trace.

Over the course of season two, Jimmy and Avery had grown closer as they got to grips with working on the Dutton’s ranch.

The pair spent plenty of time together and even had to use their wits to escape a pair of drug dealers who attacked them in the car pack of a nearby supermarket.

So when Jimmy won at one of his first-ever rodeos, of course, he was keen to show off his accolade to Avery who he presumed was waiting for him at the ranch.

What transpired instead in episode Blood the Boy, was Jimmy returning to the bunkhouse to discover Avery’s bed was empty and she was nowhere to be seen.

All that was said of her abrupt exit was that she’d left unexpectedly with no further explanation given.

Avery remained absent throughout season three and instead, Jimmy moved on with Mia (Eden Brolin).

And while fans will be hoping Avery’s time on Yellowstone isn’t done for good and that perhaps an appearance in season four may be on the cards, it doesn’t look likely given actor Beatty has penned to star in an all-new role.

Moving on from the Paramount drama, Beatty has joined the cast of upcoming sci-fi flick Crimes of the Future.

Beatty joins a star-studded cast in the film helmed by David Cronenberg, with the likes of Lea Seydoux, Kristen Stewart and Viggo Mortensen also on-board.

The futuristic thriller explores humanity’s struggles with adapting to the synthetic world it has created for itself.

What ensues will be a power struggle between man and machine, with society split on which way humanity should progress.

The role is a far cry from Beatty’s portrayal of Avery, a departure that continues to baffle fans to this day.

However, a Reddit user who claims to have worked on the set of Yellowstone in seasons one and two has offered their take on the exit.

According to user mku1ltra, a “crew member” on the show, Avery’s exit was down to Beatty’s work on another project.

They claimed: “So this is the rumor on set (I worked on season 1 and 2). She was supposed to have a relationship with jimmy as you could guess from them starting to talk and whatnot.

“But she’s in talks to be in some movie geared towards children (live action remake) and didn’t want to risk her chances of not getting it because there was going to be a sex scene with them.”

The commentator did point out, however: “Take this with a grain of salt but that’s what we heard on set.”

As it stands, neither Yellowstone bosses nor Beatty have spoken out about why the star bid farewell to the drama.

Yellowstone season 4 premieres on the Paramount network this autumn.