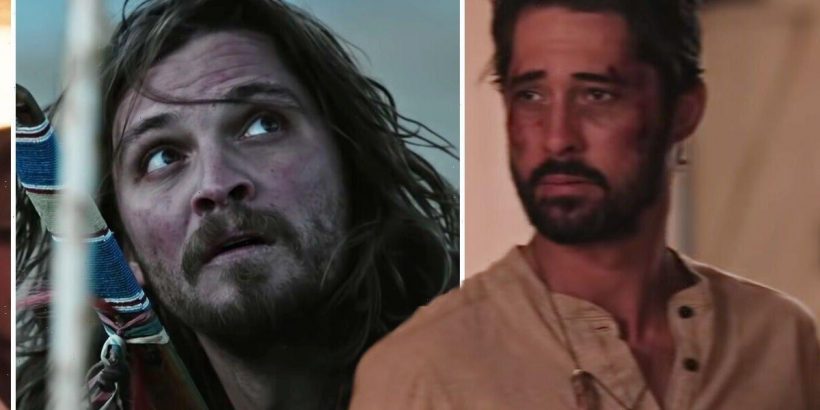 Yellowstone season four arguably threw up the biggest test yet for Kayce Dutton (played by Luke Grimes) and wife Monica Dutton’s (Kelsey Asbille) relationship. After more tough-to-watch scenes involving their son Tate (Brecken Merrill) and his PTSD ordeal in the Paramount drama, Kayce took it upon himself to engage in a Native American ritual in order to rid himself of his own demons and ultimately become a better man.

However, days in, the wilderness took its toll on the youngest of John Dutton’s (Kevin Costner) children as he experienced many a bizarre hallucination.

Alone with just a blanket and at one with nature, Kayce’s visions took him back to Afghanistan as well as presented him with an unwelcome reunion of sorts with his deceased brother Lee (Dave Annable).

One of the most notable hallucinations, however, involved season four returnee Avery (Tanaya Beatty).

Avery had made no secret throughout season four she harboured feelings for Kayce and when she appeared in his visions, it’s safe to say it was a passionate encounter.

By the time Kayce emerged from the ritual, he seemed a completely different man but had plenty of cryptic revelations from his experience.

The most daunting surrounded his and Monica’s future when his other half asked him what he saw during his time.

“The end of us,” Kayce told his wife in no uncertain terms, although exactly how remains anyone’s guess.

But one man who has a theory and explanation for what Kayce meant is Ryan Bingham, the actor behind rancher and smooth-sounding musician Walker.

“Probably as, like, the culture of the American West, it’s kind of a dying breed,” Bingham said of the “end of us” remark.

“It’s definitely where I come from. I grew up like that, going to junior rodeos as a kid like you would go to Little League baseball. It wasn’t just a sport. It’s a way of life.

“Hopefully, this show kind of brings some of that back – and educates some people on where your hamburgers are coming from.

“Even if things all have to change and we make adjustments and things like that, hopefully we can hold on to some of the history,” he added to Us Weekly.

So while some have theorised Kayce was commenting directly on his and Monica’s romance, it seems Bingham is convinced he’s referring to the way of life.

Elsewhere, Bingham admitted to the publication he has no idea what season five holds.

As ever with Yellowstone, spoilers and tidbits of information are being held very closer to creator Taylor Sheridan and the rest of the crew’s chests.

However, despite his seeming departure from the Yellowstone Ranch at the end of season four alongside his new fiancée Emily (Kathryn Kelly), there has been some big news regarding Jimmy Hurdstrom (Jefferson White).

Once season five was renewed, it was also announced White would retain a series regular role.

Therefore, it looks like Jimmy will be hanging about in Yellowstone for at least another season despite his seeming exit into the sunset.

Kelly has also been bumped up to series regular as has Teeter star, Jen Landon.

Yellowstone seasons 1-4 are available to stream on Peacock in the USA. Season 1-3 air on PlutoTV in the UK.