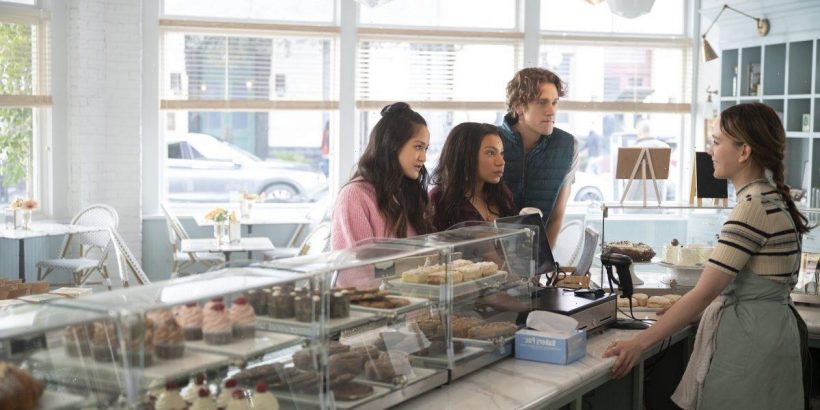 Gilmore Girls fans were more than a little shocked to see elements of Stars Hollow appear in the Netflix thriller, You. Loyal fans quickly noticed that Joe and Love seem to be spending their suburban existence in a town that one would expect Taylor Doose to be minding. The building that served as Luke’s Diner for all seven seasons of Gilmore Girls is easily spotted in a few scenes. While the You and Gilmore Girls connection is lighting the internet on fire, it is far from the first time that elements of Stars Hollow have popped up in a completely different show.

Gilmore Girls fans found an unlikely link between You and the famed Warner Bros. dramedy. In scenes from season 3, fans see Joe Goldberg and Love Quinn standing in front of A Fresh Tart, a bakery in their new suburban town. While the actual building that houses A Fresh Tart doesn’t have a ton of significance to Gilmore Girls, a building in the background does.

‘Pretty Little Liars’ was filmed on the ‘Gilmore Girls’ set

By the time fans met Spencer and her pals in Pretty Little Liars, Gilmore Girls was off the air. Still, fans of Gilmore Girls could see plenty of Stars Hollow in the fictional town of Rosewood, Pennsylvania. Both shows were filmed on the same Warner Bros. backlot. The production team repurposed most of Stars Hollow to create Rosewood.

The set that created the iconic town of Stars Hollow wasn’t just used in other small-screen shows. Fans who happened to catch La La Land in theaters had the chance to see Stars Hollow on the big screen, too. According to a Reddit user, the film used the Stars Hollow set, too. In fact, one seen offers a walk across the entire backlot.

Luke’s Diner is also visible in the background of scenes where Mia is working at the cafe. The cafe is the same building used in You as the bakery. It brings the connection full circle. According to E! News, Netflix confirmed that they filmed You on the same lot as Gilmore Girls. The streaming provider didn’t acknowledge the connection between A Fresh Tart and Café Sur Le Lot.