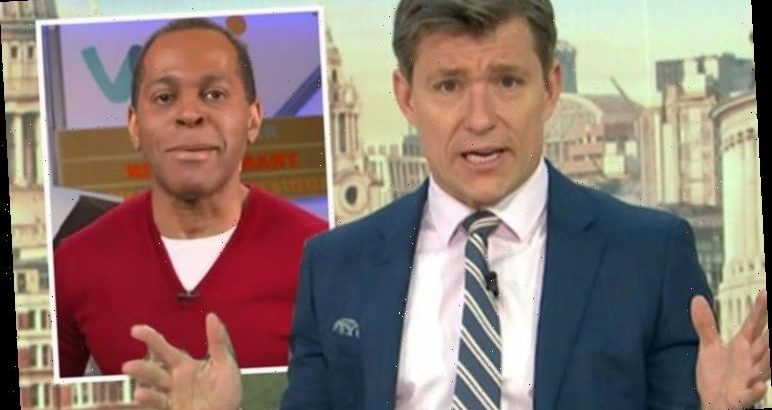 GMB: Ben asks Andi ‘you realise we are live?’

Ben, 46, was joined by Kate Garraway, 53, to host the last instalment of Good Morning Britain for this week and there was more of an upbeat tone to the show. The presenters decided they would play some songs that boosted their moods and got their colleagues involved in the fun. However, it seems Andi, 50, got a bit too excited as when the camera switched to him in his garage at home, he was getting in the party spirit and ITV’s Ben had to intervene.

It was Kate who started the conversation with the competition presenter as she said: “Andi Peters always brings the feel-good, doesn’t he.”

The camera then split to show the hosts in the studio and their colleague dancing away in his makeshift workspace at home.

He addressed the delay between the music playing in the London studio and the lyrics he was mouthing from his garage.

“You’re bang in sync,” Ben remarked and then for the next 10 seconds or so, the television stalwart decided to start singing.

Interrupting his co-star’s flow, the host then asked: “Andi, you do realise we’re live, right?” 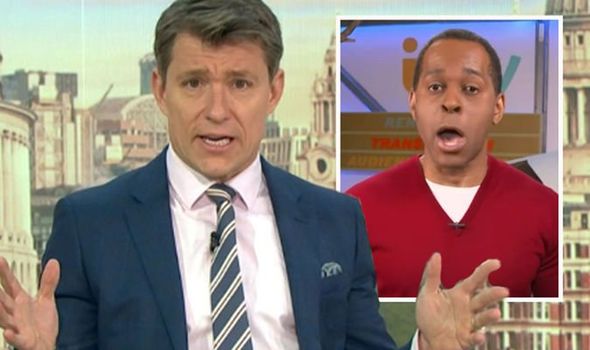 As it was evident the presenter had forgotten he was on air, Andi replied: “Are we not rehearsing?”

He and his co-stars in the London studio burst into hysterics over his mistake, with Ben telling him: “We’re back from the break and we are live.”

“We are actually out of a break? Okay,” the presenting veteran said before carrying on with his duties as he’d been reminded he was on-screen.

Although he presents the competition segment on Good Morning Britain, Andi stepped in to host chat show Lorraine last summer.

The television veteran became the first man to host the programme in place of star Lorraine Kelly, 61, for an extended period.

Speaking of working on the new show before swapping studios last August, the presenting stalwart said: “I’ve been on Good Morning Britain since day one. I knew it was something special.

“The difference is, the pool of presenters, it’s a great family. Everybody on the show is a star in their own right and everybody brings something different.”

“It’s a great team of people and when you are getting up and seeing people at five in the morning, that really does bring you together very quickly,” he added.

“It’s a family off-screen and that translates to being a family on screen,” Andi explained.