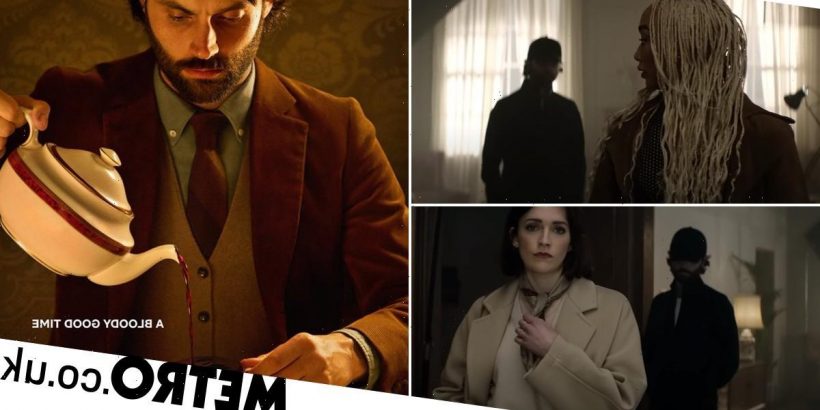 Netflix has announced that the upcoming season of You will be split into two parts, and honestly, we’re just too excited.

Before season three premiered, the streaming platform confirmed that actor Penn Badgley will reprise his role as stalker and killer Joe Goldberg.

During this year’s annual Tudum global fan event, Netflix treated fans with a teaser as well as some new faces.

Following the Stranger Things season four route, the thriller, which is based on the books by Caroline Kepnes, will be split into two parts, with the first installment dropping on Friday February 10, 2023, and part two will follow on March 10, 2023.

‘I’m not the lovable bookstore manager in New York,’ Joe says in his voiceover.

‘Or the shop clerk in L.A. Or the doting husband in the suburbs. Allow me to introduce myself. I’ve gone through… a bit of refinement.’

Wouldn’t be the first time.

Following the brutal events of season three, the fourth chapter will present a new beginning for Mr Goldberg as he starts his new life in London, England.

Similarly to season two, Joe adopts a new identity as Professor Jonathan Moore, using his impressive book knowledge to blend in with his new crowd.

Although he promises to keep his ‘typical extracurricular activities …. strictly professional’ those familiar with Joe knows what he’s capable of doing in the name of love.

According to Deadline, Amy stars as Nadia, who is a literature major who aspires to be a serious author.

Tilly, meanwhile, plays Lady Phoebe. The Louise Mitchell star was revealed to have landed a role in the popular show last month, as word of You moving production to the UK was made public knowledge.