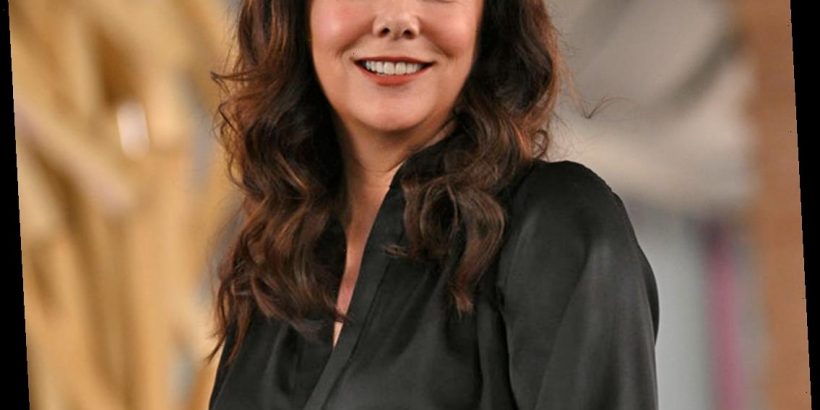 During Tuesday night's premiere of the hit NBC series, Graham, 53, unexpectedly departed the show after her character, Joan, leaves for Singapore, promoting her job at SPRQPoint to Zoey Clarke (Jane Levy).

After fans were thrown for a loop over Graham's sudden exit, showrunner Austin Winsberg explained the reason behind the star's departure in a recent interview with The Hollywood Reporter.  Winsberg told the outlet that they had initially planned for the Gilmore Girls and Parenthood alumna to remain on the show for season 2, but a scheduling conflict ensued from COVID-19-related production delays for Graham's upcoming Disney+ series, The Mighty Ducks: Game Changers.

And since Graham had the upcoming series  — which she both stars in and co-produces — in "first position," the actress was forced to say goodbye to Zoey.

"I would have loved to have had more of her in season two," Winsberg told THR of Graham. "Unfortunately, the character of Joan was a victim of COVID scheduling. Lauren had committed to doing another show that was supposed to be done shooting by the time we went into production. But the pandemic changed all of that and both shows ended up shooting at the same time. So, there was just no way for her to do both." However, Winsberg said that he would welcome a return from Graham to the show once her schedule permits it.

"The door is always open for Lauren and Joan to return, and nothing would make me happier than having her back," he said. "Lauren and Jane have such a great rapport when they are playing off of each other. And I feel very fortunate that we were able to get her at all." : 17 of the Best Shows to Cozy Up to This Winter

The series, which debuted in January 2020, follows Levy's character of Zoey, a charmingly nerdy computer coder who discovers she has the ability to hear the innermost thoughts of people as songs.

The cast also includes Pitch Perfect’s Skylar Astin as Zoey's co-worker and confidant, Book Club’s Mary Steenburgen as her doting mother and The O.C.’s Peter Gallagher as her father.